Graduated Landscape Architect, Professor, Dean of the Faculty of Landscape Architecture and Urbanism Budapest, Szent István University. Doctor in Landscape Architecture (PhD) and in Architecture (DLA), researcher, teacher, guest lecturer in several European universities, member in the stearing commitee of the Hungarian Association of Landscape Architects, licenced landscape architect and licensed for renovation of heritage sites, with international design experiences, having since 2000 his office (Lépték Terv Landscape Office) in Budapest and since 2007 the AB PLAN Design Office in Romania. Having over 60 realized landscape projects related mainly to heritage site preservations in Hungary, Romania, Germany, Holland and Spain as well, awarded among others in 14 design competitions and winner of several national and international professional recognitions, for instance the „Landscape Architect of the Year” prize in Hungary in 2012 and in 2017, and the Europa Nostra Award in Research category in 2014.

Beside teaching and planning he published over 200 professional and scientifical papers and the vast experience of several international cooperations and research programmes (Landscape and Democracy, EuLand21, LED2Leap etc) with universities and professional partners. 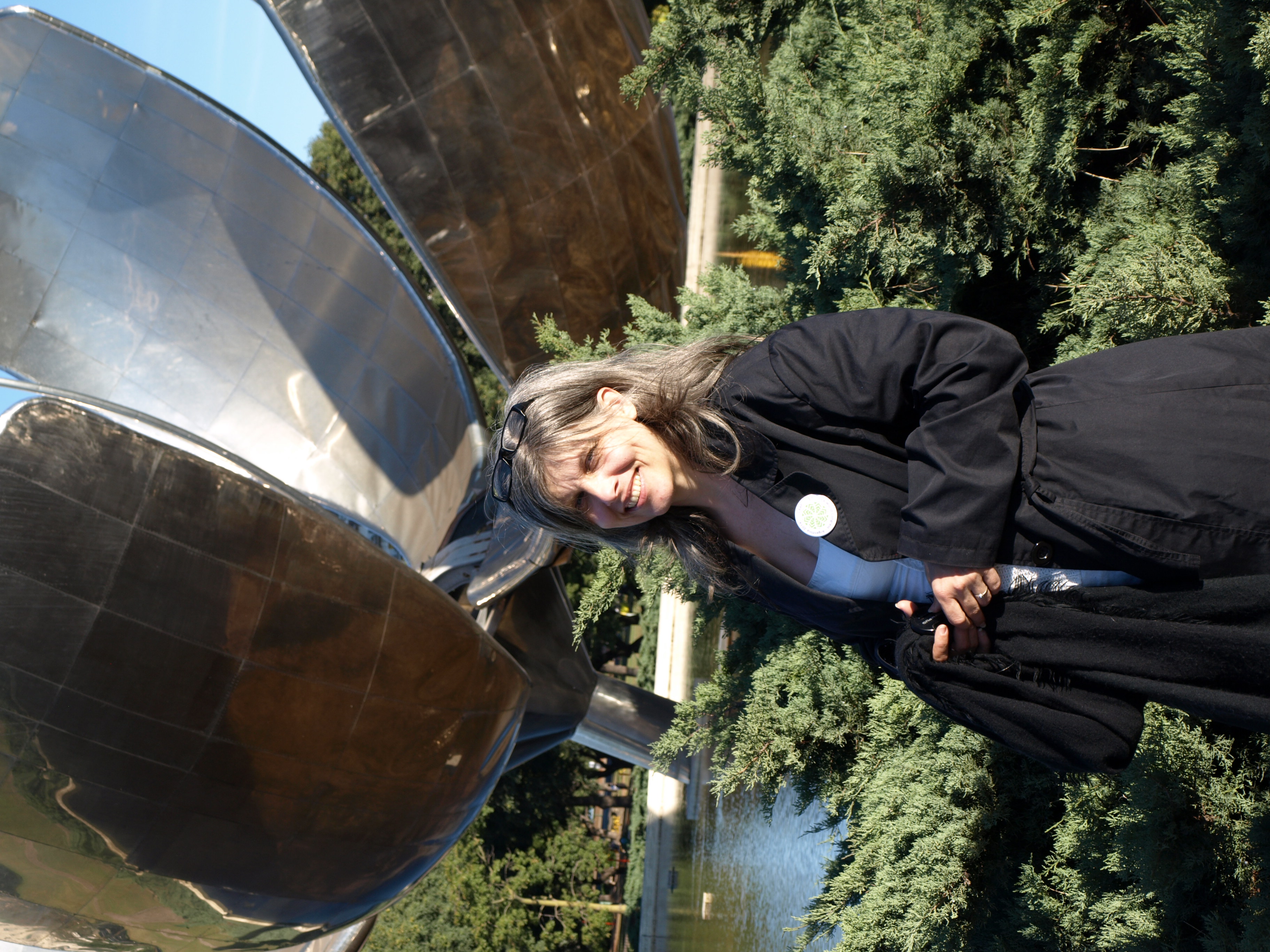 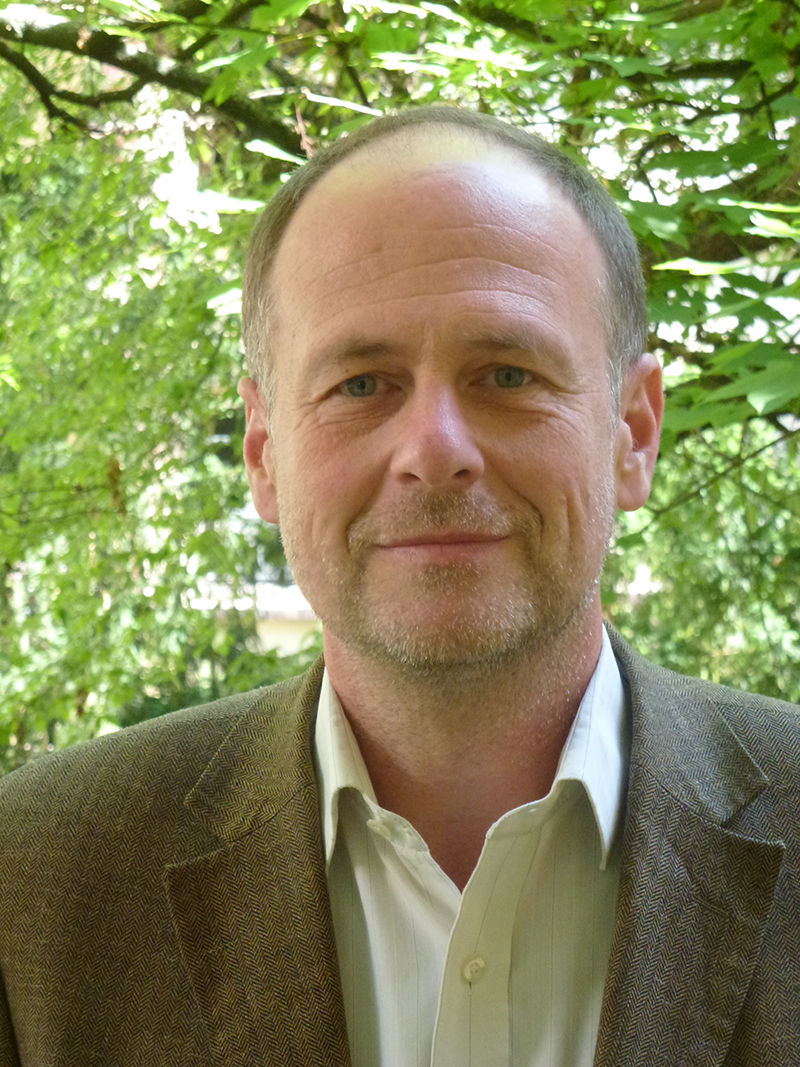 Norbert Kühn, Prof, PhD, born in 1964, studied landscape ecology and architecture at the Technical University of Munich-Weihenstephan, followed by a doctorate at the Chair of Vegetation Ecology on the topic “Renaturation of species-poor meadows”. From 1998, senior lecturer for field plant science and use at the Technical University of Berlin, since 2003 head of the department of vegetation technology and planting design. Member of international committees and advisory boards (ICB Muskau /Mużakowski and Branitz), from 2006 to 2016 chairman of the Karl Foerster Foundation. Main area of his work concerns theory in planting design, extensive perennial use, designing with spontaneous vegetation, green space management, historical planting design, trees in climate change. 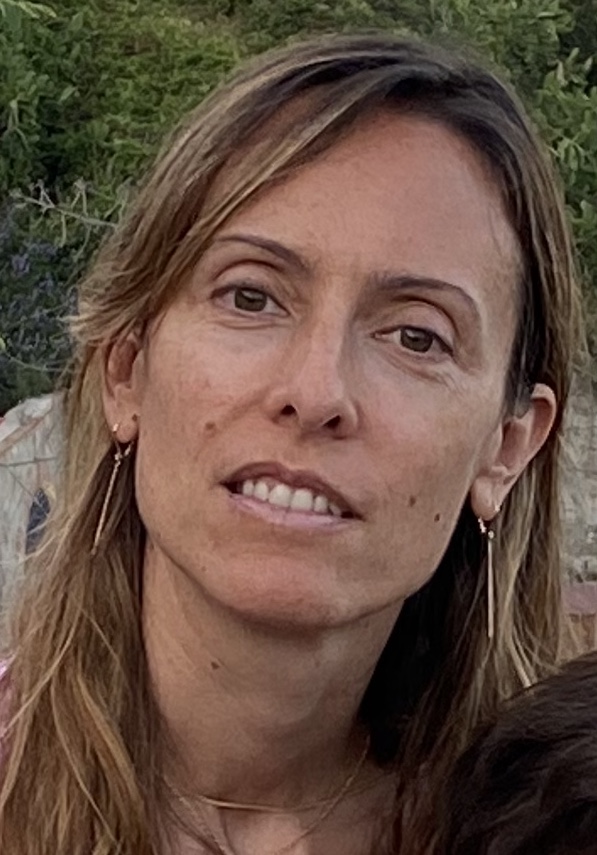 PhD Architect with 20 years’ experience developing projects and works for public and private clients, mainly on preservation, redevelopment and energy efficiency assessment of Heritage buildings. Some of them World Heritage declared, as the Batlló House and the Güell Palace in Barcelona, both designed by Gaudí; the St. Manuel Pavilion, in the Historical Site of Santa Creu and St. Pau Hospital in Barcelona, designed by well-known architect Domènech i Montaner. But also some other historical buildings, with several degrees of cultural protection, like the Romanesque churches of Terrassa, Sta. Maria de Barberà or St Martí d’Aiguafreda de Dalt; the Templar castle of Miravet; the Gothic church of Santa María de Castelló d’Empúries and the Gothic Royal Palace in Santes Creus; or Modernist buildings like Torreblanca temple, La Llibertat market or Pilar Moragas house.

This professional experience has enabled her to obtain unique knowledge that let her consider herself as an expert understanding the specificity of historical buildings, particularly in the fields of Historical Structures and Energy Efficiency. She became involved in research projects, and also to teach at several postgraduate degrees, masters and courses on Architectural Heritage Preservation, as the RRA master at the UPC Foundation (since 2010); the MBArch master at the Polytechnic University of Catalonia UPC (since 2014); the MGIC master at La Salle-URL University (since 2013) and the master on building rehab at the Association of Surveyors and Construction Engineers of Barcelona (since 2015).

She has been tutored of more than 100 students during their Master Final Project since the year 2010 and have also participated as a jury member in several PhD thesis defences, final master works, and final degree projects presentations. 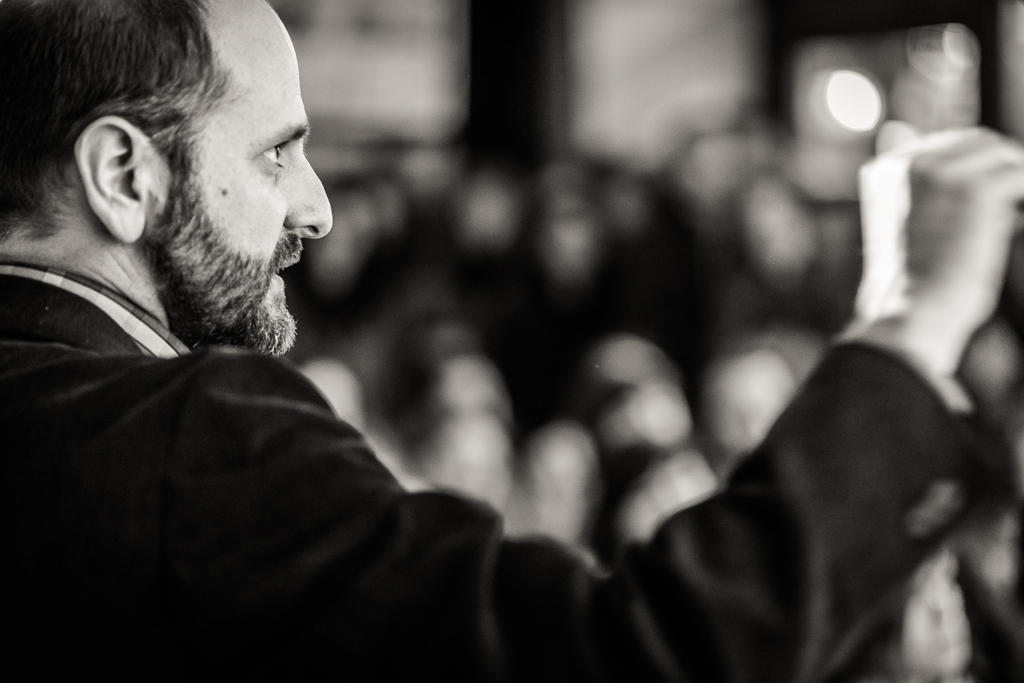 Adolf Sotoca (PhD) is Professor Serra Hunter in Urbanism at UPC_BarcelonaTECH. He has been Chair Professor in Architecture at LTU (Sweden) and Visiting Associate Professor at UIUC (USA) and at CTU (Poland), as well as Guest Researcher in several institutions across Europe, Latinamerica and Singapore. Besides his professional practice as principal of CSArquitectes, Adolf Sotoca has been also active as panelist of UN-Habitat, member of the International Forum of Urbanism and the European Postgraduate Program in Urbanism. Adolf develops continuous research and teaching on urbanism and theory of architecture since early 2000′ and is author as a wide range of publications, covening from scientitic papers to books and reports. His research is currently focused on the environmental impacts of urbanization processes and their later regeneration. He is at work in sharpening and contesting the concept of sustainability that currently lies behind urban development agendas.

Professor Kinga Szilágyi is a landscape architect and a senior researcher of the Doctoral School of Landscape Architecture and Landscape Ecology, Budapest, Szent István University. Her professional activity, research and publications are focused on two main fields in the broad context of landscape architecture.

Based on decades-long practise and research she has developed the education program and method of urban green system planning and urban ecology at the Faculty of Landscape Architecture Budapest. She has run a set of analyses of open space structure and design of the 200 years old public park of Budapest, the Városliget. She has launched several international publications on the design history and the contemporary use and the future development of the public park. In 2017 she organised an international workshop on the theme of the design history of the 19th century public parks of the Central and Eastern European cities. The researchers of nine schools of landscape architecture (Budapest, Vienna, Ljubljana, Zagreb, Belgrade, Cluj-Napoca, Cracow, Prague and Nitra) took part in the work of the so-called HYPPE research project that resulted in several relevant research papers. The aims of the project are important in the European context because the history of the European park design of the CE region is not well documented and integrated into the overall history of the profession.

Besides the research, planning and regulation development of urban green infrastructure and open space network she is active in the research of historic gardens and sites and in the planning of renewal of living heritage.

He is a full professional member of the Irish Landscape Institute (ILI)  has been on the council of the ILI since 2005. He held the position of Hon. Secretary of ILI from 2008 to 2011 and President from 2013 to 2016. He is current Hon, Secretary. He has been the Irish delegate for the International Federation of Landscape Architects (IFLA) from 2007 to 2016 and has been on the executive council of IFLA Europe since 2011 first as Vice President Education until 2015 and President of IFLA Europe from 2015 to 2019. He is a member of the ICOMOS Ireland National Scientific Committee on Cultural Landscapes and World heritage Reflective Working Group. He is involved in a number of IFLA and ILI initiatives and in particular as European Voting Member for the Climate Change Working Group and working groups on Blue Green Infrastructure (BGI) / Nature Based Solutions (NBS). 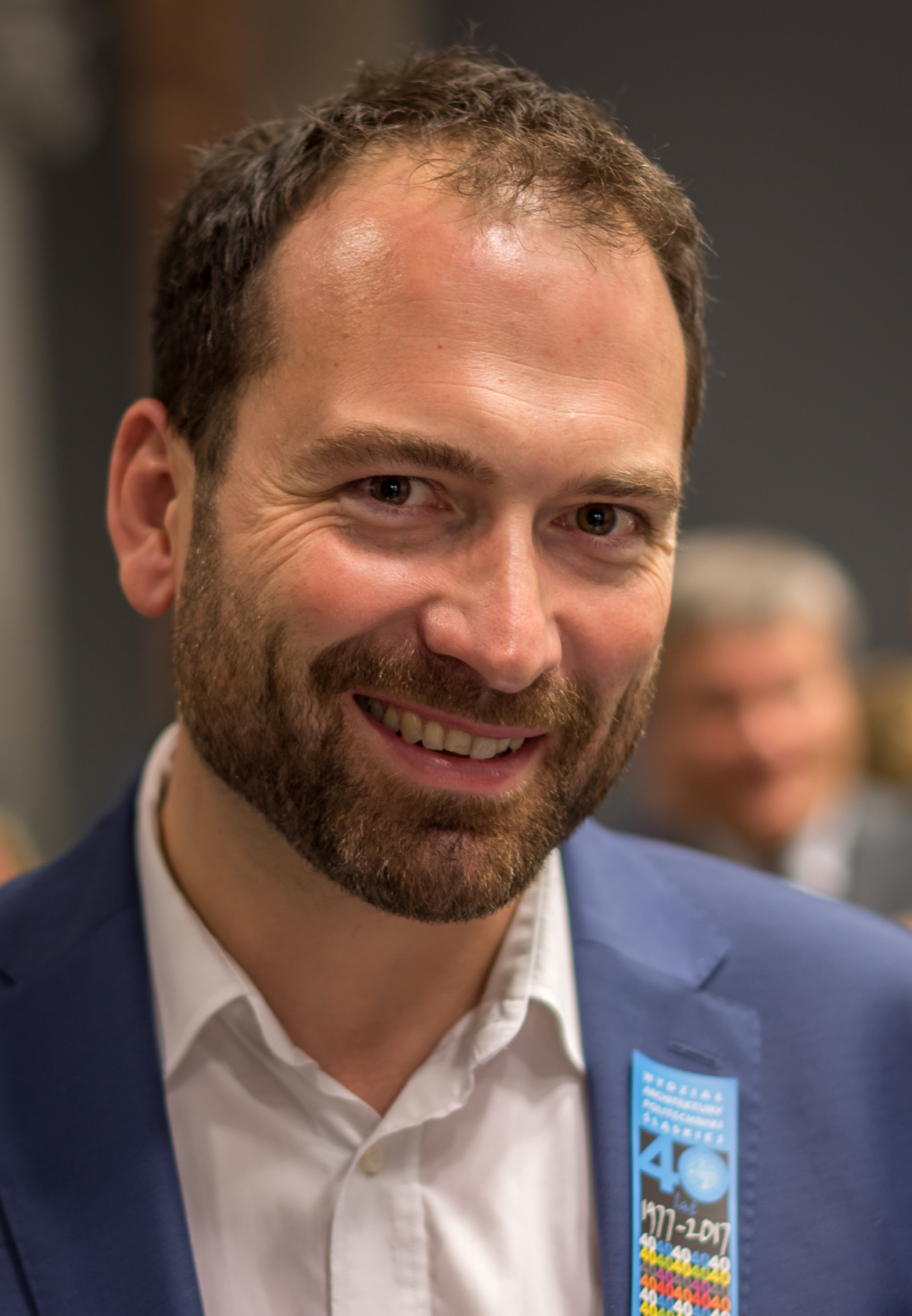 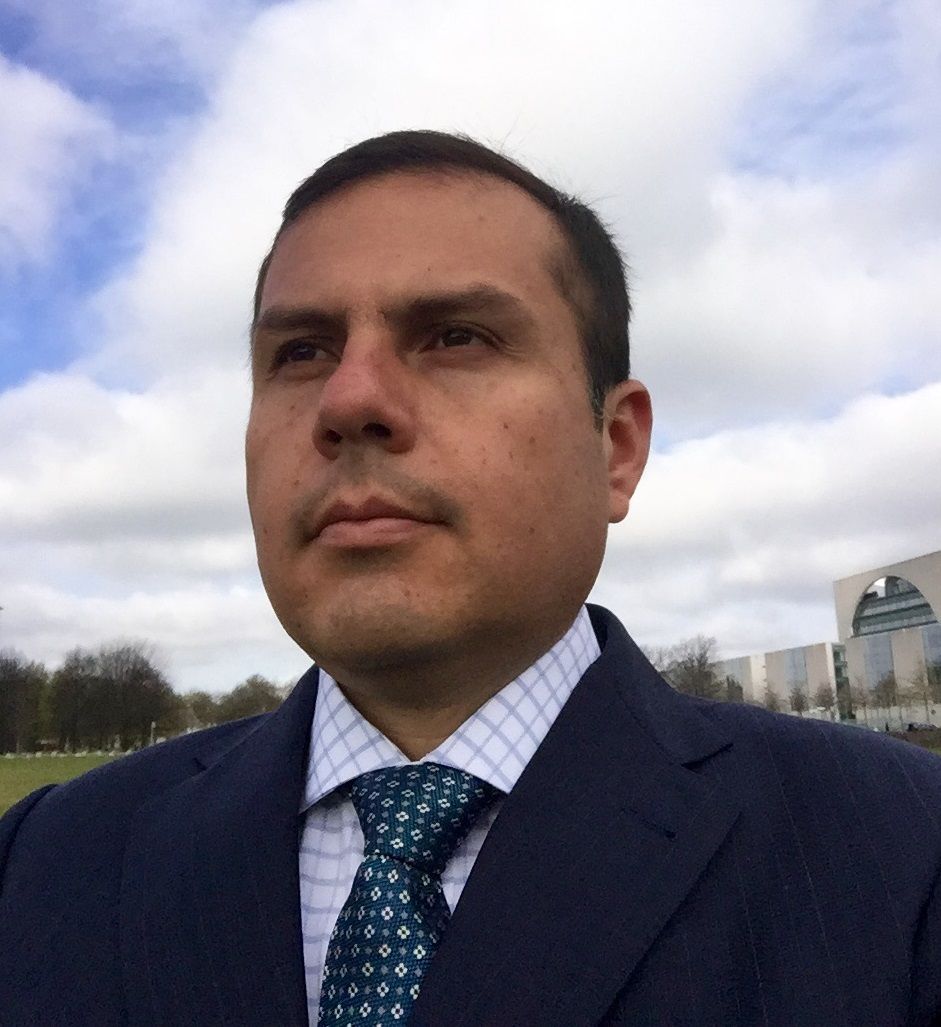 Professor at the Barcelona School of Architecture (ETSAB) and researcher at the Center for Land Policy and Valuations. Coordinator of the Master in International Real Estate Valuations of the Polytechnic University of Catalonia. Member of the Board of Directors of the Spanish Association of Real Estate Valuation (AEVIU) and of the Recognition Committee of the European Group of Valuers’ Associations (TEGoVA).

Principal investigator of the national projects: EnerValor on the impact of energy efficiency in the real estate market; LugarES on the identification of centralities using the spatiotemporal patterns of the population; and Subcenters on the impact of polycentrism on territorial dynamics. 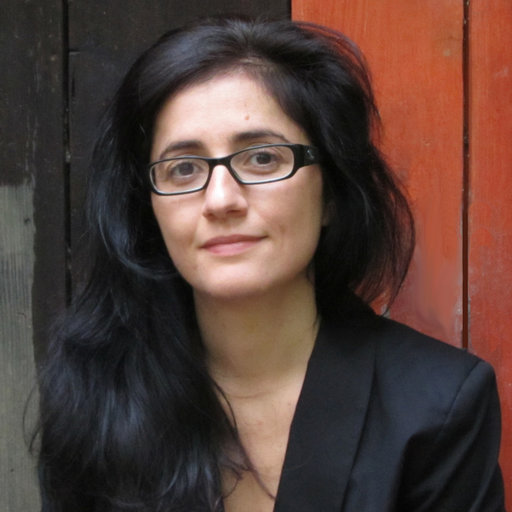 Daniela Perrotti is Professor of Landscape Architecture at the University of Louvain, UCLouvain, Belgium. Her research is an inquiry into the potential of urban metabolism theory and models to advance evidence-based understanding of the relations that urban communities establish with natural resources.

Her work positions itself distinctively in the urban metabolism scientific landscape by operating along two novel lines of research.The first concentrates on the establishment of more comprehensive metabolic knowledge frameworks to analyze the links between the biophysical foundations of socioeconomic development and the natural capital through an ecosystem ‘service’ perspective.The second provides a critical revision of the ‘urban metabolism’ paradigm through novel modes of inquiry and ‘thicker’ scientific descriptions of resource use patterns and dynamics that can better express the complexity of nature-society relations in cities. Both lines of research include retrospective evaluations of previously conducted research as well as a set of pilot projects on the co-design of new urban metabolism models and decision support systems involving scientists from social and natural science disciplines and public/industry stakeholders.

Daniela serves/has served as Principal Investigator and co-Investigator for several research projects on integrated urban metabolism and ecosystem service modelling approaches, in collaboration with public/industry and academic partners across Europe, the US, China, Brazil, Algeria and India. She currently leads the Urban Metabolism interdisciplinary research team at UCLouvain, involving postdoctoral and doctoral researchers under her supervision as well as collaborations with leading academics, practitioners and decision-makers in Europe and the Global South.